Do you know a country can have one or more capital cities if it chooses? Yes, there are small minority of countries in the world which have more than one capital. However, the only country in the world with three capitals is in Africa. The country is even divided into three sections and therefore, based in three diverse capital areas. See the name of the country and the capitals below. 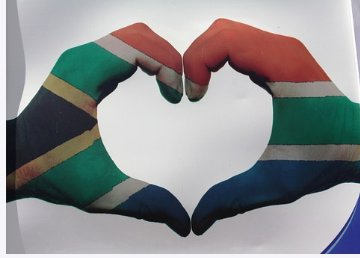 You can see that the only country in the world that has three capital cities instead of one can be found in Africa and that country is South Africa.

The Republic of South Africa does not have a single capital city. Instead, it is one of a few countries in the World that divides its governmental powers among three of its major cities. When ask about a single capital, most people would either point to Johannesburg or Pretoria.

South Africa's three capital cities of Pretoria, Cae town and Bloemfontein are strategically placed throughout the country,  each hosting a separate segment of the nation's government.

The three different capitals of South Africa are divided into administrative, legislative and Judicial government bases.

The administrative capital is Pretoria.  It used to be the capital during the Apartheid era but all that has changed now. Pretoria is also called the "Jacaranda City"; a name that was earned from the invasive jacaranda trees that sprinkle violet blossom over Pretoria's park and streets every year when in bloom.

Located in the province of Gauteng, Pretoria is in the Northeast part of South Africa and near the city of Johannesburg. So you can see that the city is not the only capital of the country.

Located in the southwest corner of South Africa in the western cape Province, Cape town is the second-largest city in population.

SEE ALSO: See how to Deal with Itchy Penis During Scabies Infection

Located in the province of Free State, Bloemfontein is in the center of South Africa.The city name of Bloemfontein means "blooming flowers" or "fountain of flowers" in Afrikaans. The city hosts an annual rose festival and hence, also is given the name "City of Roses".

In addition to these three capitals on the national level, the Republic of South Africa is divided into nine provinces, each with its own capital city.

These countries have one or two capitals

However, some countries have considered moving there capital from the former to a new one, though still retaining the purpose of the old capital due to its name and importance in world politics. Some of the countries with two Capitals has been listed below for you to see.

Netherlands: Amsterdam and The Hague

Hope you find this article interesting and educative?  Please share to someone else who may find it good to read also.