Do you know that there was a famous queen in the history of the island nation known as Madagascar Who murder over half of its population size just to stay relevant in power? Yes, she is know as queen Ranavalona 1 (Princess Ramavo), also known as the 'mad queen' who rule from 1828 to 1861. Below are intriguing, cruel, but interesting details about the life of queen Ranavalona and everything she did during her reign as queen of Madagascar. 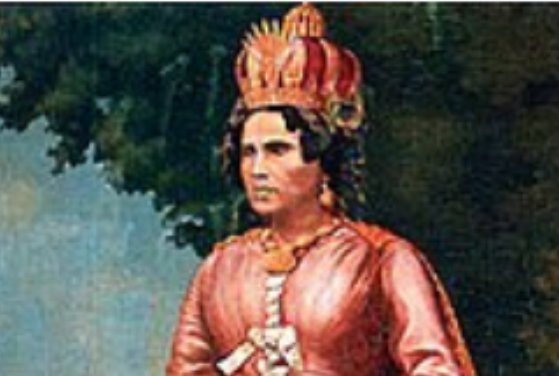 The true story of Queen Ranavalona's reign has been difficult to establish. She was illiterate, and accounts of her activities have been told throughout history who view her as a blood-thirsty queen. There is a General agreement that she is responsible for the deaths of thousands of people who she suspected of opposing her, and her level of paranoia increased as she consolidate on the throne.

Little is known of queen Ranavalona's origins. She is thought to have been born around 1788 in Madagascar was was named Ramavo. She was a commoner,  not part of any hereditary noble family by birth. Instead, her ascent to the monarchy began with an accident of fate - her father happened to learn of a murder plot against the future Merina King Andrianampoinimerina, and informed his master of what was afoot.

The plot was foiled and the planner, Andrianjafy, the king's uncle, whom Andrianampoinimerina had forced from the throne at the royal city of Ambohimanga   was killed. When Prince Andrianampoinimerina later became king, he rewarded the informer by adopting Ranavalona as his own daughter. As an additional reward, Ranavalona was given in marriage to the king's son Radama. Later on Andrianampoinimerina son Radama, later known as King Radama I became king and Ranavalona was the first of his 12 wives. The marriage was apparently not a close one and she had no children of her own then. This meant that the question of who would succeed Radama at his death was very much an unsettled one.

SEE ALSO: THE STORY OF A JAPANESE PRISONER WHO USED SOUP TO MELT IRON BARS

Matters came to a head when her husband King Radama I lay low and died from multiple effect of Syphilis, Cirrhosis of the liver in the summer of 1828. By some accounts, he was suffering so badly that he cut his own throat. Ranavalona's Position became perilous,  a queen without a child and no heir to the throne. Prince Rakotobe, the son of the King's oldest sister,  was the rightful heir to the throne, but the malagasy belief system still fears that any offspring queen Ranavalona would bear later will pose a threat to the future King, so it would thus, have to make sense for Prince Rakotobe to eliminate the threat by having queen Ranavalona killed!

Instead queen Ravanalona acted swiftly and have Prince Rakotobe killed and all those loyal to him. She quickly mobilized a group of military men from her own home village and occupied the palace. Defenders of the traditional succession who showed up at the gates were given a choice - accept Ranavalona as queen or suffer the consequences. As the ranks of men who defended on the coup's success increased, her grip on power tighted.

On August 1, 1828, she was proclaimed Queen of Madagascar, and the following June she underwent a secret accession ceremony in which her body was anointed with the blood of a freshly killed bull. By that time she had ruthlessly eliminated her potential rivals; Rakotobe was smeared to death, and Rakotobe's mother was starved to death. Most of Rakotobe relatives met similar gruesome deaths.

The fact that she was a woman ruler was not so remarkable in itself but the speed which queen Ranavalona moved to consolidate her reign was terrifying. She rapidly undid most of Radam's reforms and terminated trade agreements with English and French representatives,  repeeuinga resultant attack by a French naval force, thanks partly to a fortuitous malaria attack that struck the invaders. Madagascar merino society was restored to its traditional structure,  and those who were suspected of resistance were given an age-old loyalty test called tangent. The tangena was a poisonous nut that caused the eater to vomit till you die.

Queen Ranavalona was bloodthirsty as she killed anyone oppose to her opinions and reign. Even at the slightest suspicions,  she will have her subject speared. Thousands were tortured and killed. Tribes other than the Merina, living in different parts of Madagascar suffered under her rule as her troops were given free rein to make annual pillaging trips to defeated villages.

The teaching of Christianity in schools was restricted, then banned, and missionaries began to go underground or leave the island. In 1836 she openly murdered 14 Christains by herself who had resisted orders to give up their religion. What a cruel lady!

Queen Ranavalona survived many assassination plot of which the most notable was the1857 plot orchestrated by her son Rakoto and her confident Laborde who conspired with a French shipping merchant Joseph Lambert to drive her from power. Rakoto survived the resulting purges and pleaded for the lives of his European friends, and she seemingly agreed.

The population of Madagascar was said to have decline from about 5 million people to just 2.5 million person during the reign of queen Ranavalona who tortured,  kidnapped and killed her subject found to be unloyal to her reign and authority.

Queen Ranavalona died on her sleep bed on August 16, 1861 at Manjakamiadana palace in the Rova area of Antananarivo. Twelve thousand zebu were slaughtered and their meat distributed to the populace in her honour, and her official mourning lasted nine months! Her son Rakoto was chooses as the nect heir to the throne.

What a story to behold in history! Hope you find it very educative and informative? Please shareto someone else who may need to read it as well.