Do you know in the ancient times people wanted men to be better singers than women? Yes,the Catholic Church supported the idea of male singers and created what was know as the castrato. But how did it all ended? We give you below the Sad Tales of men who were castrated so as to sing better than women. 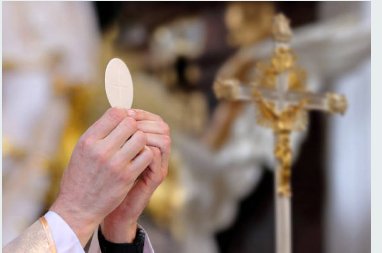 Castrato is a type of classical male singing voice equivalent to that of a soprano,,mezzo-soprano, or contralto. The voice is produced by castration of the singer before puberty,mot it occurs in one who, due to an endrocrinological condition, never reaches sexual maturity.

In 1599, Pope Clement VIII gave the go ahead signal for young boys to be castrated so that they can sing for the church. This practice went on for the next 280 years or so until Pope Leo in 1878 Finally stopped it.

At some point in the history of the Catholic Church, music was extremely important and quite active in the proceedings of the world of the church. Though it remained so for ages, this was propel by female singers. However, Problems stemmed out from various reasons as such as the fact that these women were being sexualized and their fame was growing beyond what was expected and its seemed to have affected the proper flow of things in the thriving religion then. So to counter these effects and grow a society that was deemed worthy and acceptable on the rulings of the church, and in line with the writings of Apostle Paul, the Catholic Church began to use Male Choristers or as they were called then, Castrati.

ALSO READ: See How to Treat Gum Infections in your Mouth

For much of history as you may be aware, the Catholic Church believed that the New Testament prohibition of women speaking in churches (see 1 Corinthians 14:34 and 2 TImothy 2:12) extended to singing, meaning that the saprano and the alto parts in church music needed to be sung by young boys or adult male falsettists. The Castrati combined the pure sound of the boy soprano with the lung capacity of the adult male to create a unique sound that has no equivalent in the singing voice of the intact male or the adult female.

The first Castrati entered the Sistine Chael Choir in the late sixteenth century. They rose to become a staple of church choirs throughout Italy, particularly in the Papal States. Despite the edit in the Canon Law which forbade the deliberate amputation of body parts except in the case of medical emergencies, the church still allow the Castrati to grow and the peculiar charm of the the castrati voice soon found a home in the new art form of opera and some superstar Castrati such as Farinelli (1705-1782) and Caffarelli (1710-1783) were object of hysterical devotion by fans across Europe.

Castration had many downsides. One of the many sad tales of Castrati is that it was so cruel to young boys. It cuts off their testicles and make them sexually inactive for the rest of there lifes! In some cases, the boys bled to death after being castrated. For some, the loss of their testosterone usually came with unusual side effects. For instance,  it could lead to abnormal growth, a weird physical appearance and a distorted look that was neither feminine nor masculine.

Also, due to the absense of male sex hormones, the limbs rarely stopped growing and this gave the torso a disproportionate smaller appearance. The boys also had to deal with the stigma that came with it. While they had to live with disfigured bodies,  they were unable to have normal sex lives.

Then in 1798, Pope Pius VI later revoked the ban on woman's stage performance. This drastically minimize the need for the Castrati. When Eventually Napoleon 1 took over the reins of power, he continually worked towards ending Europe's castration practice.

Finally, in 1902, the practice of using the Castrati for church music was completely banned by Pope Leo XIII.

Hope you enjoyed reading this article? Please share to others as well to read. Thank you.