Do you know Yoshie Shiratori, born July 31, 1907 was a Japanese Prisoner who is so famous for having escaped from several prisons four times, making him an anti-hero in Japanese culture. We bring you some of his exploits and how he was able to achieve this feat with the aid of a local Japanese soup! Stay glue and press the read button. 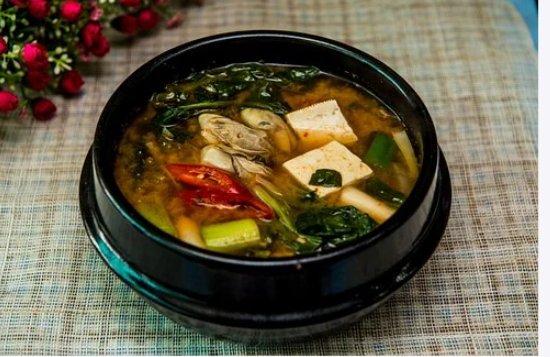 Do you know that Yoshie Shiratori used the Japanese traditional Miso soup to escape the formidable Abashiri Prison? Yes this soup-based jail breakout was one of his four successful prison escapes between 1936 -1947. He was even nicknamed "the man that no prison could hold".

Yoshie Shiratori was fond of gambling and petty crime. That was what finally led him to being accused of murder. He maintained his inocence insisting he was being frame by a gang of local bandits. However, despite his protest, he was found guilty and sent to the Aomori prison awaiting sentencing! 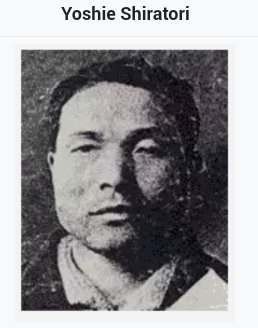 After some months of studying the guards' routine in Aomori Prison, he escape by picking the lock of his cell with the metal wire that was wrapped around the bucket provided for bathing.

Regrettably that freedom was short-lived. After just three days on the run, Shiratori was caught trying to steal suplies from a local hospital. So once again he was arrested and sentenced to life imprisonment at another cell in 1942, the Akita Prison.

In Akita Prison, Yoshie Shiratori escaped through the skyline that was in his prison cell. He discovered that the screws that held the skylight were rusted and the fittings loose.  After several weeks of stalling the walls, night's after night's to work the skylight free from the celling, he was able to remove the frame and after just three months of his life sentence, Shiratori was on the road again a free man!

He was exhausted and went to the home of a Police Officer who had shown him the only bit of kindness he had experience in his time in Prison. The Police Officer eventually handed him to the Authorities. This time around, he was sent to the infamous Abashiri Prison, which was an almost inescapable prison. This prison was the most feared in Japan and the worst of Japanese criminals are sent here.

He was placed in handcuffs that were specially made from iron on his hands and legs, that could only be removed by a blacksmith. He was serve the traditional Miso soup as meal in this prison.

Over the course of six months, Shiratori began to pour his daily portion of the Miso soup on his handcuffs and food slot at the cell door. As expected, the iron began to rust until eventually Shiratori was able to free himself of the restraints and feeding hatch from the door, but it was too small for him to escape through. Shiratori was able to squeezed himself through and made for freedom but He dislocated his shoulders. In doing so he became the first and only person ever to escape from the Abashiri Prison in 1944.

After three successful escapes, he was captured yet again after he killed a local farmer who attacked him on his tomatoes farm. He said he acted in self defence. However, This time around he was given a death sentence. He was sentence to the Sapporo Prison to await his execution. At the Sapporo Prison, he was put in a Special Cell. He escape through the ground this time, unscrewing the bolts on the floor and digging with a bowl as an improvised shovel in 1947.

After about a year on the run, Shiratori admitted to a Police Officer who has offer him cigarettes at the park that He was an escaped convict and offered to be turned in by the officer. He was put on trial and the court sentenced him to 20 years imprisonment, revoking all his former sentences. He only served 14 years of his 20 years sentence before being released on good behaviour.

Later on his release, he returned home to his daughter. His wife had died while he was in prison. Yoshie Shiratori lived for another decade working odd jobs to survive. He died of a heart attack in 1978, aged 71.

A Country Where Muslims Are Allowed To Live In But Are Not Permitted To...

How to Apply for the NNPC/SNEPCo National University Scholarship 2021...