There will be a Blood Moon on May 26: Here's all you need to know about the Lunar Eclipse 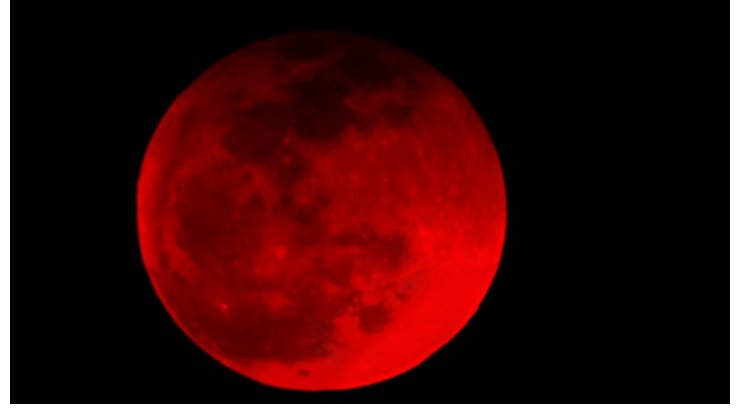 When you look up in the sky and stargaze, the one thing that continuously raises curiosity is the Moon, a giant mass of rock glowing in the sun's emitting rays. Now get ready to witness one of the most beautiful cosmic phenomena, the Total Lunar Eclipse, or what's also called the Blood Moon.

Do you know a total lunar eclipse is also called the Blood moon because of the reddish tinge that appears on the moon during a eclipse? Now let's find out what Total Lunar Eclipse means.

What is a Total Lunar Eclipse?

A Total Lunar Eclipse happens when the Sun, Earth, and Moon are aligned in a line. During the eclipse, the Earth comes in between Sun and the Moon blocking sun rays from reaching the Moon, casting its shadow on the lunar surface.

The Earth's shadow that falls on the Moon is divided into three parts Umbra, the darker, central part, Penumbra, which is the outer part of the shadow and Antumbra, the partly shaded area beyond the umbra.

What is Blood Moon?

While the Earth casts its shadow on the Moon, it is not completely invisible and can be seen through the naked eye as Earth's atmosphere bends sunlight and indirectly lights up the Moon's surface. Due to the refraction of sunlight, the colours with shorter wavelengths get scattered and filtered while the higher wavelength colours like orange and red illuminate the Moon's surface giving it a reddish-orange glow. This reddish-orange Moon is known as Blood Moon.

Apart from Blood Moon, the total lunar eclipse can also be orange or brown in colour depending on dust particles and different wavelength colours reaching the surface of the moon. 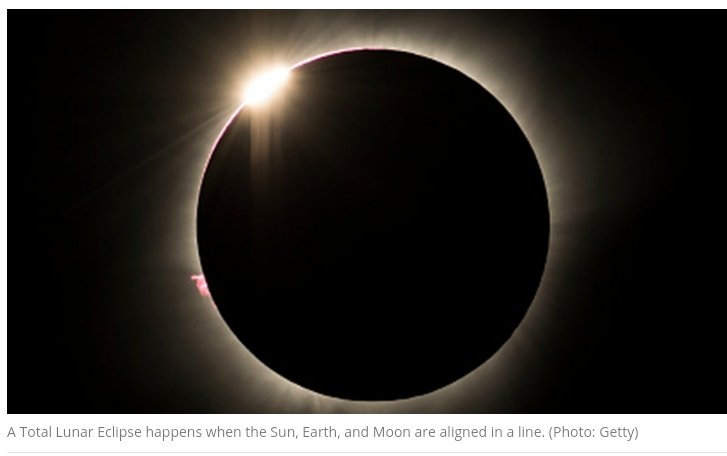 How will it happen?

The event begins when the Moon enters Earth's outer shadow-penumbra and slowly moves into Earth's Umbra (inner shadow) and begins to turn red, a state of the partial lunar eclipse. As the moon goes inside the umbra, a total lunar eclipse occurs. The Total Lunar Eclipse will stay for 14 minutes 30 seconds on May 26. Following the eclipse, the entire event repeats in reverse as the moon moves out of Earth's shadow.

The eclipse will be at its peak at around 4:49 pm IST. It will start at 2:16 pm IST and between 4:41 pm IST to 4:56 pm IST, the surface of the moon will be completely covered by Earth’s umbra. This is the time when it will be visible.

There will be two lunar and two solar eclipses this year. When the moon gets in between the sun and the Earth, it causes a solar eclipse. The next eclipse will be a partial lunar eclipse that will take place on 19 November. The solar eclipses will occur on 10 June and 4 December in 2021.

The May 26th eclipse will be visible in parts of Australia, western United States, South America and parts of South-East Asia.

Do you know this year there will be four eclipses around the world at different months? See them below.

Hope you like the article and got informed about the Blood moon topic that will soon start trending as we approach the May 26 Blood moon date....please share this article as someone may find it useful as well.

Itchy Scalp- How to Prevent and Treat itching scalp