Hundreds of Afghans took to the streets of Kabul on Tuesday, demanding that Pakistan stops interfering in Afghanistan’s affairs. See more details below. 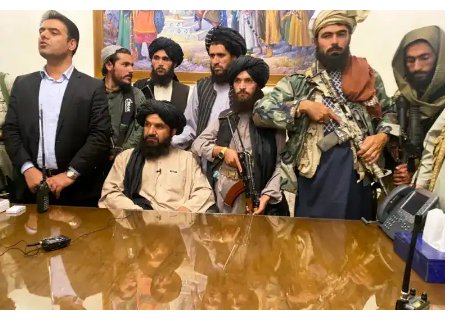 The protests took place in at least two locations in the city centre, with participants chanting slogans against Pakistani meddling in the country.

Many Afghans, including former officials, said Pakistan was supporting the Taliban and has helped them in their recent military campaign, during which the militant group took over the country.

Islamabad has denied any involvement.

In one of the many videos of the protests circulating on social media or on local TV, a female participant said she and the other protesters are not there for personal gains, but to defend their country.

“We are here to defend our country. Pakistan has started a direct invasion in Afghanistan and we are asking why its chief intelligence is here? What is his purpose?”

According to a BBC reporter, many protesters in Kabul alleged Pakistan supported the Taliban in fighting in Panjshir province, which fell to the Taliban on Monday after almost a week of fighting.

Many protesters chanted “Freedom” probably hinting at support for Ahmad Massud, who led the armed National Resistance Front in Panjshir and is in hiding since the Taliban took over the province.

He had called all Afghans to a national uprising in an audio message on Monday and shortly after tweeted only the word “Freedom.”

A foreign journalist wrote on Twitter, that, for several km, well-disciplined Taliban members allowed a protest of around 300 to 500 people to continue through the streets of Kabul.

Taliban members guarding Zanbak Square, however, fired in the air, beat protesters, vandalized a vehicle leading them, and tore cameras from journalists.

The popular news channel ToloNews reported on Twitter that the Taliban detained a ToloNews camera operator and confiscated his camera.