Many people may not have heard or read about this but it’s real. When it was first discovered, people thought it was the passage or link road to “HELL” but science prove it otherwise. From the stables of valentine202.net comes another master piece, we present today to you, Darvaza gas crater, The GATES OF HELL! 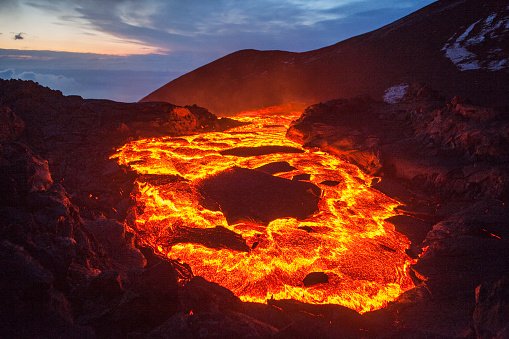 Many people may not have heard or read about this but it’s real. When it was first discovered, people thought it was the passage or link road to “HELL” but science prove it otherwise. From the stables of valentine202.net comes another master piece, we present today to you, Darvaza gas crater, The GATES OF HELL!

In the hot, expansive Karakum desert in Turkmenistan, near the 350-person village of Darvaza, is a hole 230 feet wide that has been on fire for over 40 years. Locals know the crater as “The Gates of Hell.” Its glow can be seen for miles around. The Darvaza gas crater  known locally as the "Door to Hell" or ''Gates of Hell", is a natural gas field collapsed into an underground cavern located in Derweze, Turkmenistan. Geologists set it on fire to prevent the spread of methane gas, and it is thought to have been burning continuously since 1971. The diameter of the crater is 69 metres (226 ft), and its depth is 30 metres (98 ft).

The Gates of Hell were created in 1971 when a Soviet drilling rig accidentally punched into a massive underground natural gas cavern, causing the ground to collapse and the entire drilling rig to fall in. Having punctured a pocket of gas, poisonous fumes began leaking at an alarming rate. To head off a potential environmental catastrophe, the Soviets set the hole alight. The crater hasn’t stopped burning since. The Soviet drilling rig is believed to still be down there somewhere, on the other side of the “Gates of Hell.”

According to Turkmen geologist Anatoly Bushmakin, the site was identified by Soviet engineers in 1971. It was originally thought to be a substantial oil field site. The engineers set up a drilling rig and operations to assess the quantity of oil available at the site. Soon after the preliminary survey found a natural gas pocket, the ground beneath the drilling rig and camp collapsed into a wide crater and was buried.

Expecting dangerous releases of poisonous gases from the cavern into nearby towns, the engineers thought it best to burn the gas off. It was estimated that the gas would burn out within a few weeks, but it has instead continued to burn for more than four decades.

The years of the crater's history are uncertain: Local geologists say the collapse into a crater happened in the 1960s, and the gases weren't set on fire until the 1980s. There are however no records available for the Soviet or the Turkmen version of the events.

In April 2010, the President of Turkmenistan, Gurbanguly Berdimuhamedow, visited the site and ordered that the hole should be closed. In 2013, he declared the part of the Karakum Desert with the crater a nature reserve.

The crater was featured in an episode of the short-lived (2014) National Geographic Channel series Die Trying. In the July 16, 2014 episode "Crater of Fire", explorer George Kourounis became the first person to ever set foot at the bottom, gathering samples of extremophile microorganisms

Effects on future development of gas

On President Berdimuhamedow's April 2010 visit, he recommended that measures be taken to limit the crater's influence on the development of other natural gas fields in the area. At that time, Turkmenistan announced plans to increase its production of natural gas, intending to increase its export of gas to many countries such as Pakistan, China, India, Iran, Russia, and Western Europe, from its then yearly production level to a new production level of 225 billion cubic metres (7.9 trillion cubic feet) by 2030.

Here on wakanda nation, you not just comment to earn, we also educate you and keep you abreast of world hidden discoveries.

See the Famous Queen of Madagascar Who Killed Half The Population of Her...