Do you know that the Independent National Electoral Commission may be forced to use serving members of the National Youth Service Corps to monitor political parties’ direct primaries across the country if the President, Major General Muhammadu Buhari (retd.), signs the Electoral Act Amendment Bill, valentine202.net has learnt. 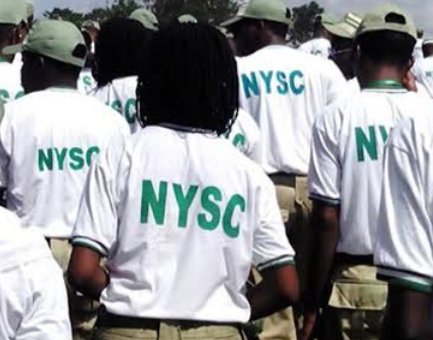 This is because of the large number of personnel that will be needed to monitor the direct primaries across the 8,809 awards in the 36 states of the federation and the Federal Capital Territory.

The INEC National Commissioner and Chairman, Information and Voter Education Committee, Mr Festus Okoye, confirmed this in a chat with one of our correspondents on Sunday.

Okoye said it would be premature to speculate since Buhari had not yet signed the bill. He also said certain factors would be considered.

Latest: How to validate your Npower account details on the Nasims dashboard

He admitted that the staff requirements for primaries would “change if the President assents to the bill.”

The INEC spokesman said some political parties might consider conducting primaries at the ward level, while others might use the local governments or senatorial districts as the criteria for primaries

Some may use the state capitals and have a differential period when people from a particular local government area can vote. These things will be set out in the guidelines that will be designed by the parties and filed with the commission at least 14 days before the conduct of the primaries.

Also speaking, a retired INEC director, Oluwole Osaze-Uzzi, said the use of corps members would be the most feasible if the President assents to the bill.

Osaze-Uzzi, who said mandatory direct primaries would increase the cost of elections, stated that the NYSC remained the largest single pool of personnel available to INEC.

“It is most likely that INEC will use corps members, because the NYSC is the single largest pool of personnel available to the commission. But more importantly is the cost implication. The cost of conducting elections will be astronomical,” he stated.

Update: Delete these dangerous fake phone apps on your phone

The commission, according to its 2019 project plan, hired about 2.7 million ad hoc officials for the general elections, many of whom were corps members.

Attempts to get a response from the NYSC on the proposal proved abortive as its spokesperson, Mrs Nike Adeyemi, did not respond to inquiries.

The National Assembly had last week passed the Electoral Act Amendment Bill, which makes it compulsory for all political parties to conduct their primaries using the direct method.

The Peoples Democratic Party and the governors of the All Progressives Congress have rejected the provision for direct primaries, while the National Assembly remains adamant.

The bill is expected to be transmitted to Buhari this week for assent upon his return from South Africa. However, governors have begun making moves to ensure that he does not sign it.

But the House of Representatives and some senators have threatened to veto the President if he fails to sign the bill within 30 days.

Vice-President Yemi Osinbajo had said last week that many of the National Assembly members believed the best way for them to win re-election was by the direct primary method, which would not be easily manipulated by their state governors.

“The reason (for the endorsement of direct primaries by the National Assembly) as it emerged from our discussions at the tripartite committee was that some legislators felt that party congresses had been completely taken over by state governments, and other legislators, as stakeholders, stood no chance of a fair contest in the primaries if all potential delegates and actors have already been spoken for,” Osinbajo said.

Meanwhile, political parties under the aegis of the Inter-Party Advisory Council, have again kicked against the use of direct primaries

The National Publicity Secretary of IPAC, Major Agbo, said that it could affect smaller parties, which did not have the finances.

He said, “The passage of the Electoral Act due to pressure from the electorate is a welcome development. The wishes and aspirations of Nigerians prevailed at last even though they tried to scuttle it initially.

“However, the inclusion of the clause on direct primaries is meant to stifle smaller parties without resources. The resources required to mobilise all party members for the primaries are enormous and will effectively put the smaller parties in difficulty, especially as the parties do not receive any funding from the government as tenable in other climes.

“This is not healthy for our democracy as it gives undue advantage to the bigger parties at the expense of the smaller ones. Nigerians should insist that this clause be removed before the bill is assented to.”

In a related development, the Senate has expressed optimism that Buhari will sign into law the 2010 Electoral Act (amendment) Bill, 2021, which will be transmitted to him this week.