MANSA MUSA: The Story Of The African King Who Was The Richest Man That Ever Lived

You might probably not have read this anywhere but Mansa Musa ruled the Mali Empire from 1312 C.E. to 1337 C.E. Although the empire was already wealthy, he made Mali the wealthiest empire in Africa, and Mansa Musa was among the richest individuals in the world. The riches came from mining salt and gold deposits within the empire. Elephant ivory was another major source of wealth. 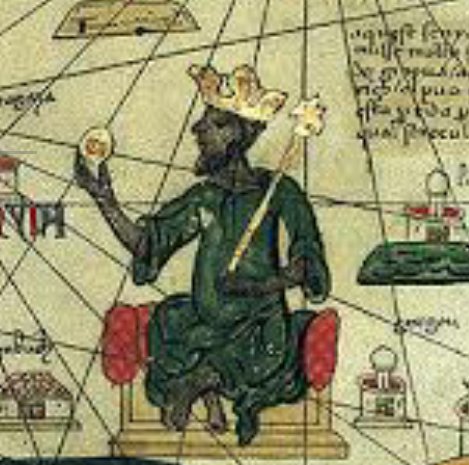 Mansa Musa ruled the Mali Empire from 1312 C.E. to 1337 C.E. Although the empire was already wealthy, he made Mali the wealthiest empire in Africa, and Mansa Musa was among the richest individuals in the world. The riches came from mining salt and gold deposits within the empire. Elephant ivory was another major source of wealth.

Mansa Musa was born in 1280 into a family of rulers. His brother, Mansa Abu-Bakr, ruled the empire until 1312, when he abdicated to go on an expedition.

According to 14th Century Syrian historian Shibab al-Umari, Abu-Bakr was obsessed with the Atlantic Ocean and what lay beyond it. He reportedly embarked on an expedition with a fleet of 2,000 ships and thousands of men, women and slaves. They sailed off, never to return.

Some, like the late American historian Ivan Van Sertima, entertain the idea that they reached South America. But there is no evidence of this.

In any case, Mansa Musa inherited the kingdom he left behind.

Under his rule, the kingdom of Mali grew significantly. He annexed 24 cities, including Timbuktu.

The kingdom stretched for about 2,000 miles, from the Atlantic Ocean all the way to modern-day Niger, taking in parts of what are now Senegal, Mauritania, Mali, Burkina Faso, Niger, The Gambia, Guinea-Bissau, Guinea and Ivory Coast.

The ancient kingdom of Mali spread across parts of modern-day Mali, Senegal, Guinea, Niger, Gambia, Chad, Nigeria, Mauritania and Burkina Faso. Mansa Musa turned the kingdom of Mali into a sophisticated center of learning in the Islamic world.

Mansa Musa left such a memorable impression on Cairo that al-Umari, who visited the city 12 years after the Malian king, recounted how highly the people of Cairo were speaking of him.

So lavishly did he hand out gold in Cairo that his three-month stay caused the price of gold to plummet in the region for 10 years, wrecking the economy.

US-based technology company SmartAsset.com estimates that due to the depreciation of gold, Mansa Musa's pilgrimage led to about $1.5bn (£1.1bn) of economic losses across the Middle East.

On his way back home, Mansa Musa passed through Egypt again, and according to some, tried to help the country's economy by removing some of the gold from circulation by borrowing it back at extortionate interest rates from Egyptian lenders. Others say he spent so much that he ran out of gold.

Lucy Duran of the School of African and Oriental Studies in London notes that Malian griots, who are singing historian storytellers, in particular, were upset with him.

"He gave out so much Malian gold along the way that jelis [griots] don't like to praise him in their songs because they think he wasted local resources outside the empire," she said.

There is no doubt that Mansa Musa spent, or wasted, a lot of gold during his pilgrimage. But it was this excessive generosity that also caught the eyes of the world.

Mansa Musa had put Mali and himself on the map, quite literally. In a Catalan Atlas map from 1375, a drawing of an African king sits on a golden throne atop Timbuktu, holding a piece of gold in his hand.

Timbuktu became an African El Dorado and people came from near and far to have a glimpse.

In the 19th Century, it still had a mythical status as a lost city of gold at the edge of the world, a beacon for both European fortune hunters and explorers, and this was largely down to the exploits of Mansa Musa 500 years earlier.

According to the British Museum, the Empire of Mali accounted for almost half of the old world's gold and all of it belonged to the king. The empire was not well known outside Africa until Mansa Musa went on pilgrimage to Mecca in 1324 C.E. and passed through the Sahara Desert and Egypt. His journey through Egypt caused quite a stir.

He reportedly traveled with 60,000 men, dozens of camels (each carrying 300 pounds of gold) and many animals to be used as food. In Cairo, Mansa Musa handed out so much gold that his stay caused the price of gold to plummet in the region for 12 years, wrecking the economy. 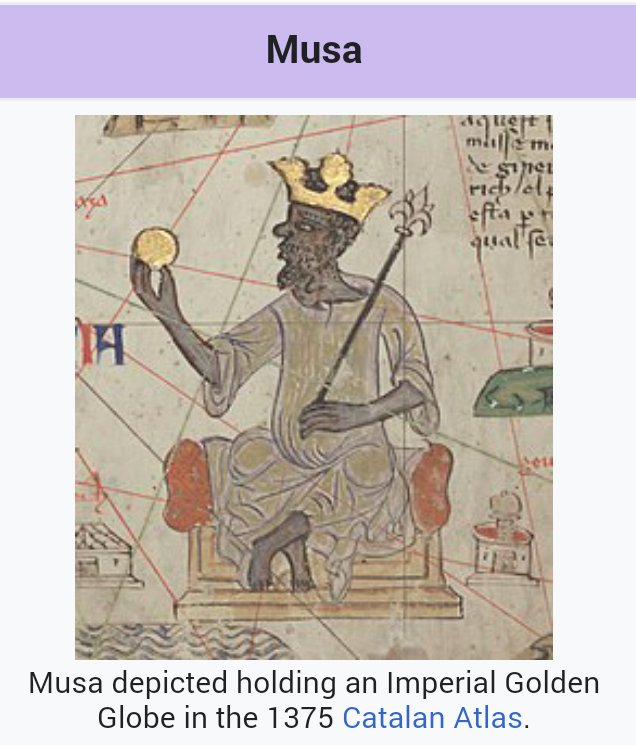 Upon return, Mansa Musa brought architects and scholars into the empire. He built mosques and public buildings in cities like Gao and Timbuktu. The reputation of the empire grew under his administration and Timbuktu became a major center of education during the 14th century.

Is Mansa Musa the richest man who ever lived?

Amazon founder Jeff Bezos is the richest man in the world, according to the 2019 Forbes billionaires' list released this week. With an estimated fortune of $131bn (£99bn) he is the wealthiest man in modern history.

But he is by no means the richest man of all time.

That title is believed to belong to Mansa Musa, the 14th Century West African ruler who was so rich his generous handouts wrecked an entire country's economy.

"Contemporary accounts of Musa's wealth are so breathless that it's almost impossible to get a sense of just how wealthy and powerful he truly was," Rudolph Butch Ware, associate professor of history at the University of California, told the BBC.

Mansa Musa was "richer than anyone could describe", Jacob Davidson wrote about the African king for Money.com in 2015.

He died in 1337 C.E. and was succeeded by his son. By today's standards, Mansa Musa was worth $400 to $415 Billion, more than three times what Jeff Bezos is worth. His skillful administration left his empire well-off at the time of his death, but eventually, the empire fell apart.

Hope you learnt something new today, why not share it to someone else using any of Our social media handles below. Perhaps the article may interest and educate him too.

Facebook Messenger has added end-to-end encryption to voice and video...

See How to Apply for KPMG Nigeria University Scholarship Program 2021...