Yet another tragedy has hit the Nollywood industry as one of their very best, Rachel Oniga, reportedly passed away on July 30, 2021.Reports just filtered in that popular Nollywood actress, Rachel Oniga, is dead. The news is coming at a time the movie industry is grappling with mixed issues and after mourning the death of another entertainer, Sound Sultan, who passed on early this month. 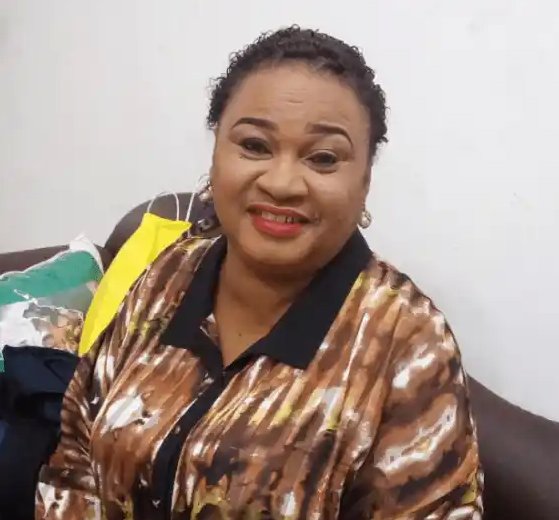 The cause of Oniga’s death was unknown at the time of this report. Oniga, who was a veteran actress, featured in over a hundred movies. Although details about her death are yet to surface, the talented screen goddess passed away at the age of 64 on July 30, 2021. Born on May 23, 1957, Oniga who has a daughter, began her acting career in 1993, shortly after her divorce.

Originally from Eku, Delta State in Southern Nigeria, She was born on 23 May 1957 in Ebutte Metta, Lagos State. She began her acting career in 1993, shortly after her divorce. She worked briefly at Ascoline Nigeria Limited, a Dutch Consultant Company before her first movie titled Onome and her debut Yoruba movie was Owo Blow. Over the years, Oniga has featured in notable Nigerian films such as Sango, a movie scripted by Wale Ogunyemi, produced and directed by Obafemi Lasode and Wale Adenuga's television series, Super story.

Rachael had her primary education in Lagos at Abule-Oja but had her secondary school in Edo state. According to her, she was withdrawn from secondary school in Lagos by her father and was transferred to Edo because she was always fighting and was a typical tomboy. He did that to calm her down. She claims it was a devastating experience for her because she got separated from her childhood friends and playmates who were mostly boys. She returned to Lagos after her secondary school education and went ahead to further her education, studying Computer programming. After graduating, she worked for a while at Asoline Nigeria Limited, a Dutch Consultant Company.

Rachael officially ventured into acting in 1993 after separating from her husband. Before she made her major acting debut in Nollywood with "Onome," Oniga worked briefly at Ascoline Nigeria Limited, a Dutch Consultant Company. Her passion and love for hard work have been behind her consistency in the industry. Though not Yoruba by origin, she has got a certain prowess enabling her to pick up Yoruba movie roles. Her versatility is certainly one to admire. Her first major appearance was in a soap opera titled  ‘Memorial Hospital’, where she acted as a patient. She became popular for her role in the Yoruba movie ’Boorepo’. She has since then been part of so many other movies.

Rachaell is also a movie producer and has been doing very well. Over the years, she had featured in classics and successful movies such as "Sango," "Died Wretched," "The Only Nigerian Girl" and "Doctor Bello." Oniga is also a producer. In 2005, she produced "True or False," a movie about abiku/Ogbanje. Her films include EbonyLife Films' "The Royal Hotel Hibiscus," which debuted in cinemas in February 2018, and Toka McBaror's "Kada River," which is yet to get an official release date.

In 1993, she divorced her now late husband, after he left her for another woman. In fact, she is a grandmother because her daughter Georgia delivered a baby. A proud mother of three, the actress became a grandmother on September 5th, 2014, after her daughter Georgia Oniga welcomed a baby girl. Since her divorce, she personally took care of her children funding their education and meeting other needs. Her former husband was said to have died only recently. She says she is not a widow since herself and her husband were separated long before his demise. She is a very private person and only attends functions when she thinks it is important enough. She loves to dress comfortably and elegantly.

She is a recipient of the City People Movie Lifetime Achievement Award.

No doubt she will be greatly missed by all her fans. May her soul rest in perfect peace.