How to Play Fortnite on iPhone for free with GeForce Now

Have you ever thought of playing Fortnite for free with GeForce Now? Yes you can play the game for free on your iphone as this article will show you steps to follow. See details below. 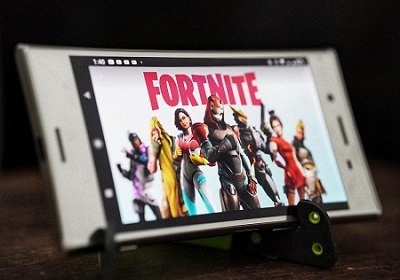 Despite the legal brawls in the tech space right now between Epic Games vs Apple which the iphone maker essentially won the first round of court case, Epic’s Fortnite game is still unavailable on iOS or macOS. It might even takes years until Fortnite is allowed back to Apple’s stores, but that doesn’t mean you will have to wait that long to play it. Infact, any iphone owner can play Fortnite right now for free thanks to GeForce.

This is a different ball game altogether. It’s not even the App Store that gets you to access Fortnite on iphone. You will have to stream the game with the help of Nvidia’s cloud gaming service instead. This development is not new as Nvidia first made Fortnite available on iphone via its streaming service back in Mid-January of 2022. However, that was just an invite-only beta, which meant not all mobile users could get in.

INCREDIBLE: SEE A VILLAGE WHERE ONLY WOMEN EXIST!

Since then, we saw Microsoft launch support for Fortnite streaming via Xbox Game Pass Ultimate, which also supports iphone and other devices. But today and currently, Nvidia will let any GeForce Now subscribers play Fortnite on Iphone and ipad.

Also , game streaming app like GeForce Now wil support all sorts of gadgets, not just iOS devices. Game-streaming is the only way to play Fortnite on Apple hardware right now. Nvidia has even improved streaming Fortnite on iphone, adding the much-needed touch controls required to play any shooter game on a touchscreen device.

Fortnite is a free-to-play title since Epic makes money from in-game micro-transactions. That means iphone and ipad users will not have to pay Nvidia to access the game. However, game-streaming apps need subscriptions. In this case, you will have to get GeForce Now subscription to make the most of Fortnite for iphone.

Gladly, there is a free tier for Nvidia’s cloud gaming platform, though it will get you limited access. The free GeForce Now tier let you play 1-hour sessions of Fortnite. The same applys to other titles.

Once you get a GeForce Now subscription, you will have to load the game in Safari on iphone or ipad. That’s the only way to get Fortnite working on your iOS device.

Lastly you don’t need to worry about storage space on your device. Cloud offers better gaming quality than mobile devices due to the hardware limitations of the latter. The only thing to worry is that you’re playing in a browser on iphone or ipad.

How to transfer WhatsApp chat history from Android to iphone

See How to Deal with Itchy Penis During Scabies infection