How to file for unemployment benefits if you lose your job in the U.S.A

As the coronavirus outbreak continues to upend the labor market and drastically alter daily life, many Americans have two growing concerns: their health and their jobs. This post will simply tell you and teach you steps to folow to file your unemployment benefits and grants. 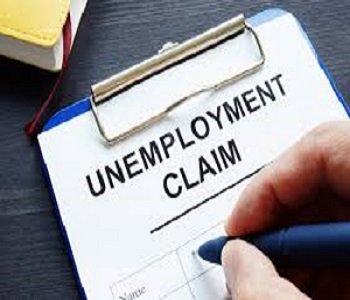 Unemployment benefits usually provide temporary financial assistance to workers who have lost their job through no fault of their own. More people affected by outbreak-related layoffs and downsizing will also be eligible for unemployment insurance thanks to new federal legislation.

If you qualify, you should definitely apply, says Marguerita Cheng, a certified financial planner and the CEO of Blue Ocean Global Wealth in Gaithersburg, Maryland: “Remember that these are extraordinary times.”

She notes that you’ve likely noticed FICA contributions, which go towards Social Security and Medicare, deducted from your paycheck. Your employer contributes to these programs, too. These benefits are part of the American “safety net” and they’re “definitely something you should not feel guilty about pursing the process to apply for.”

As a growing number of Americans grapple with lost wages and layoffs, here’s what you need to know about filing an unemployment claim.

You may not be eligible if:

To qualify for unemployment, you’ll also need to meet your state’s requirements for the amount you need to have earned, and the number of hours you need to have worked over a particular span of time. This is what’s known as a “base period.” Many states require that you’ve been with your employer for at least 52 weeks in order to be eligible for benefits.

However, if your state is implementing new expanded benefits, this time frame may vary. It’s a good idea to apply just in case; the worst thing that could happen is that you’re turned down.

Expanded unemployment benefits in response to the pandemic

States now have the authority to expand existing guidelines around unemployment benefits to protect workers affected by the virus, and many have already taken advantage of this flexibility.

If your employer temporarily shuts down due to the outbreak and you intend on returning to work, you’re eligible for unemployment. You may also qualify if you’re quarantined or if you left your job due to a risk of exposure. And if you couldn’t work because you’re caring for a family member, you may be eligible as well.

“You might not have been formally laid off, but you’re unable to work. Then you’re not able to earn income,” explains Cheng. You could still qualify in that case.

For example, some states, including New York, New Jersey, and Pennsylvania, have ordered hair and nail salons, piercing shops, tattoo parlors, and other personal care services to close in response to the pandemic. If you provide a personal care service and are unable to work, then you’re likely eligible for unemployment.

In other words, if you’re a worker who was previously ineligible for unemployment, you may now qualify under the new and expanded eligibility requirements. That may include service workers, part-time workers, contract workers, and others who aren’t considered employees on payroll, depending on your state.

States are updating their eligibility requirements daily, so stay on top of any changes by checking the Department of Labor’s website.

Benefits vary based on your earnings and your location

The amount you receive in unemployment benefits, and how long you’re eligible to receive them, varies widely. In January 2020, average weekly benefits were about $385 nationwide, ranging from a low of $213 in Mississippi to a high of $546 in Massachusetts, according to The Center on Budget and Policy Priorities.

Unemployment benefits last for 26 weeks in most states, though during periods of high unemployment, some workers may be eligible for anywhere from 13 to 20 additional weeks.

Keep in mind that unemployment replaces some of your lost wages, but not all of them. That means you’ll receive a percentage of your income over the past year, up to a maximum amount. Each state has a different formula for determining benefits and a different cap. Some states replace approximately 50% of lost wages until you hit the maximum.

In order to maintain your eligibility, you may need to take certain steps, like filing weekly or biweekly claims. Many states require that you’re actively available to seek out work. Some of them, including California and Ohio, have waived this preexisting requirement at the moment, though.

And as with other sources of income, you may be required to pay federal and state taxes on unemployment benefits, so it could be helpful to consult with a tax professional.

How to file an unemployment claim in America

If you’ve determined that you’re eligible for unemployment, here are the steps to take:

1) Go to the Department of Labor’s CareerOneStop finder page and select your state to find details about how to file a claim. Many states require you to file online, and some provide toll-free numbers. Approach this task with patience: With the recent surge in applications and so many people accessing state unemployment claim sites at once,  you may experience technical difficulties or delays.

2) When you’re ready to file, make sure you have the required documentation and information on hand. You’ll need to provide:

Many states have a mandatory weeklong waiting period before you can receive your unemployment benefits. However, some states are waiving this requirement given the severity of the situation and the number of workers affected by the coronavirus outbreak.

If you have negative connotations with the idea of “unemployment” or getting help from the government, don’t let that stop you from getting help you’re entitled to, says Cheng. “I think there is a lot of stigma, but hopefully this time around, because so many people have been affected, there won’t be.”

Please share this post as it may be useful this period of job loses in the U.S.A

6 (Six) Favourite countries that can win the African Cup of Nation (AFCON...