Do you know that the Federal Government intended to increase tertiary school fees in Nigeria to N1m? The National President of the Academic Staff Union of Universities, Emmanuel Osodeke, revealed how this and how the union (ASUU), during its last negotiations, rejected Federal Government’s plan to increase school fees of all university students to N1m. See more details below. 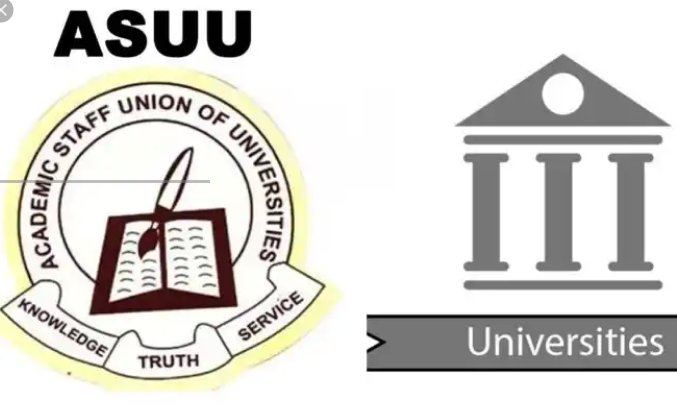 He said government’s plan was to open an education bank and give each student a loan of N1m annually at five per cent interest rate to sponsor themselves in school and then pay back when they graduate and start working. The Academic Staff Union of Universities (ASUU) is a Nigerian union of university academic staff, founded in 1978.

Osodeke stated this while answering questions from participants at a one-day ‘state of the nation summit’ organised for ASUU members by the Bauchi zone of the union.

He said, “At the last negotiation, the first thing they told us was that we should negotiate for our allowances and salaries but we said no, let’s discuss funding first. When we know how much you’re going to pay, then we can negotiate salary. Reluctantly, they went on. “Then, they raised another issue which was why we delayed for four years, that students must pay N1m as school fees every year; the government said 70 per cent will be paid to the university while the student keeps 30 per cent.

“We asked them where and how the students would source the money and they told us not to worry. They said they would open an education bank and the students would go there and take the N1m every year. “And by the time you are graduating, you would have been owing N5m or N6m. If it takes you 20 years to get a job, that five per cent interest on that loan would be building. “We said we will never allow that, and that was why we went on strike and we delayed in calling off the strike.

Latest : See How to delete these dangerous apps that Google put on ban from your Phone.

“If we had accepted that students pay N1m as school fees, they would have increased our pay easily and who would the public and the students blame? It is ASUU.” Osodeke said that if they had accepted the offer, people would have accused them of fighting for their personal interests and not the collective good of Nigerians.

The ASUU president revealed that the union was working round-the-clock to sponsor a bill entitled ‘Bring Back Your Children’ where Non-Governmental Organisations (NGOs), students’ unions and academics would be mobilised to the National Assembly for its passage.

Stimulus check update: See Americans eligible to get $7,200 next year

Do you know these 23 fake Android apps are dangerous spyware, Delete them...