The Federal Government, in collaboration with the Edo State Government and the International Fund for Agricultural Development (IFAD) has commenced training of 4,250 youths and women on agribusiness to boost food security in the country. See more details below. 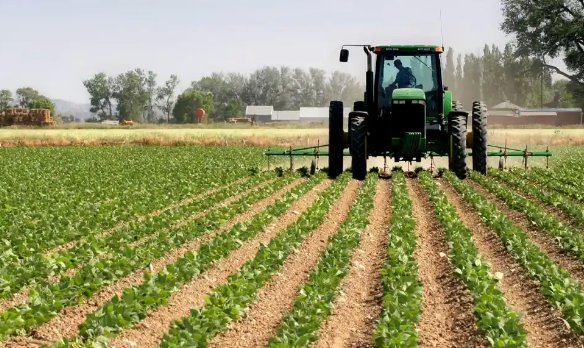 This initiative can be seen as a partnership between the federal Government and the state's government of Edo and Ondo state to boast food security in the country.

She noted that the vision agrees with Edo State Governor, Mr Godwin Obaseki’s plan for Accelerated Agricultural Development Programme to address unemployment and poverty among youths improve the capacity of agripreneurs and ensure food security in Edo State.

She explained that the pilot phase of the programme covers the training of 125 beneficiaries as incubates and 25 others as incubators that would be exposed to the theoretical part of entrepreneurship.

Esenwa noted: “Agriculture is no longer a pastime activity but a business which the federal government through the agricultural transformation agenda is promoting as an alternative source of foreign exchange earnings as revenue from crude oil is dwindling.”

MEANWHILE, IFAD and the Federal Government have reiterated the need to leverage food system in other to end poverty and achieve the Sustainable Development Goal (SDG) by 2030.

She noted that food systems become important because they are the bane of significant challenges of ill health, environmental damages, poverty and unemployment.

LIFE-ND, which was mainly sponsored by IFAD in Ondo State, organised the meeting for 40 participants in one of the 100 communities chosen for the programme in Bolorunduro Community, Akure North Local Government Area of the state.

She explained that the initiative was taken to the rural areas to hear from those who were directly involved in the food system so as to properly address the dynamics of achieving food security in the country.

“We are dialoguing with them to take their own contributions to the national level for policy decision making in fulfilment of the expectations from the United Nations (UN) to end poverty and food insecurity.”

He said it also explored the health benefits of food system to the people based on what and how they eat with emphasis on where the food comes from.

Ademola revealed that 4,250 youths were chosen from 100 communities across 10 councils as direct beneficiaries in value chain opportunities that range from cassava and cocoa production, poultry and fisheries.