Coca-Cola has announced the launch of it’s first-ever NFT collection, commemorating International Friendship Day. It has partnered with OpenSea to auction its latest tokenized collectibles. The auction will begin on 30th July and continue for four consecutive days. 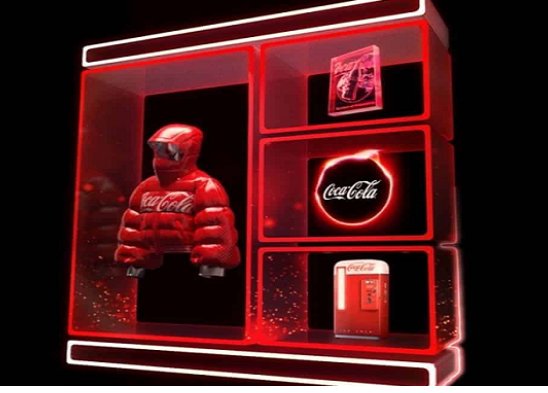 Coca-Cola’s friendship NFTs will be minted in partnership with developer Tafi, creator of custom 3D content for an avatar as well as emoji systems; and Virtue, the creative agency that developed the initial concept, respectively.

The friendship NFT is a multilayer token with four levels. The layers are packaged inside a Friendship box, decorated with corresponding illustrations, which itself is an NFT. The top layer, i.e., the friendship box is marketed as the loot box that reveals the treasure of Coca-Cola’s highly collectible, 1956 retro vending machine upon opening.

Furthermore, the collection holds a custom Coca-Cola Bubble Jacket Wearable, that is embedded with an unlockable version to be worn in the Decentraland 3D virtual reality platform. The color palate of the jacket resembles the classic Coca-Cola tones of metallic red and caramel brown.

The collection also incorporates an audio file with Coca-Cola ASMRs. From the top of a bottle opening, and the sound of a beverage being poured over ice; to the fizz of the beverage and the sound of the first sips.

At last, the Friendship Card layer unfolds, with the design of Coca-Cola’s famous friendship-inspired trading cards from the 1940s for the digital world. The cards bear the “Symbol of Friendship” moniker.

“Coca-Cola is one of the most collectible brands in the world, and it has shared its rich heritage with consumers through simple moments of joy for decades…We are excited to share our first NFTs with the metaverse, where new friendships are being forged in new ways in new worlds, and to support our longstanding friend and partner, Special Olympics International. Each NFT was created to celebrate elements that are core to the Coca-Cola brand, reinterpreted for a virtual world in new and exciting ways.” said Selman Careaga, president, Global Coca-Cola Trademark.

Nigerians can now travel across 160 countries without Visa – Agency

How to get Federal Government of Nigeria Loans /Grants 2021/2022

See the Alkaline African Lake that Turns Animals to Stone