CBN - Nigerians can use eNaira without the Internet

The Central Bank of Nigeria has said the eNaira will be available to Nigerians without Internet-enabled phones. The CBN disclosed this in a document obtained by our correspondent, with the title ‘Design paper for the eNaira’. See more details below 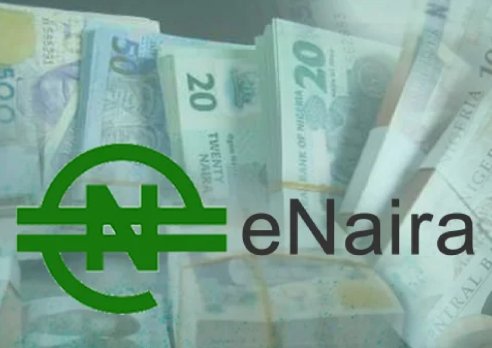 It said maximising the value and use cases of the eNaira would depend largely on devices with Internet capabilities.

“The eNaira thus risks further alienating sections of the population who are uneducated, lack exposure and access to internet services or digital devices,” it said.

It noted that the National Commission for Mass Literacy, Adult and Non-formal Education estimated that 35 per cent (37.1 million) of the nation’s adult population was illiterate, adding that the CBN risked losing adoption to this segment of the population.

“To mitigate this risk, the bank factored in the need for inclusiveness as part of the core design principle of the eNaira. This principle has enabled the bank to focus on simplicity and ease of use, ensuring that Nigerians without Internet-enabled phones can access the service,” the CBN added.

TRENDING: US Visa lottery 2023 is out, See How to apply here

GSMA, a global industry organisation that represents the interests of mobile network operators, had said in a recent report that 19 per cent of people living in Nigeria and other sub-Saharan African countries did not have access to mobile broadband coverage.

According to the organisation, about 47 per cent (210 million people) in sub-Saharan Africa do not use mobile internet.

In its design paper, the apex bank said to ensure inclusive access while also ensuring the integrity of the financial system, the account-based Central Bank Digital Currency model has been chosen for the eNaira.

The CBN said, “The account-based CBDC model at its core mirrors the progress made on the National Financial Inclusion Strategy which enables access to financial services by leveraging last-mile networks to identify users and to provide banking services through channels such as PoS and USSD.

“With the account-based model, the CBN seeks to enable access by leveraging the existing identity infrastructure in Nigeria such as the BVN, NIN, TIN, etc., to uniquely identify individuals and corporate entities.

“Specifically, identity frameworks such as the NIN will enable access for the financially excluded as they can be uniquely identified, thereby enabling the provision of financial services. These identity systems will help ensure a robust KYC framework positioned to enable access for all Nigerians.”

The CBN added that interoperability between the eNaira and other CBDCs was factored into the design of the eNaira.

It said this would help improve cross-border payments and address issues of dollarisation of the economy.

It said, “We believe that for CBDCs to be successful, they must have two essential ingredients: a great consumer experience and widespread merchant acceptance. It means the ability to make and receive payments, regardless of currency, channel, or form factor.”

According to Visa, as the number of digital currency networks increases, the likelihood that consumers, businesses, and merchants are transacting on the same network and utilising the same type of money decreases.

“But interoperability ensures that different networks can communicate and share data with each other,” it said.

Culled from the Punch Newspaper,

Stimulus check update: Do this today or you’ll miss a $1,100 payment