Tell your Loved ones to continue sending you U.S. dollars so as to get the CBN naira-dollar incentives. This offer have been extended by the CBN after it met to discuss the nation's financial policies. 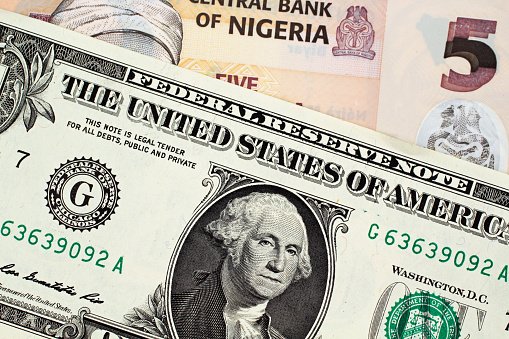 Good news to all beneficiaries who have receive money from abroad as the Central Bank of Nigeria  (CBN)  has announced an extension to its Naira for dollar incentivesso as to encourage diaspora remittances till further notice.

Jibrin said all aspects of the operationalisation of the scheme were to remain the same. You will recall that the Central Bank Of Nigeria introduced the scheme on March 5, and schedule to terminate it on May 8.

Jibrin has said the scheme would allow all recipients of diaspora remittances to be paid N5 for every one dollar received. He further said that beneficiaries would get the incentives,  whether they collect the remitted dollars a s cash across the counter or through their domicilary accounts.

He instructed all DMBs and IMTOs to ensure that the scheme took effect.

"In an effort to sustain the encouraging inflows of diaspora remittances into the country, the CBN hereby announces this scheme as an incentive for senders and recipients of international Money transfers".

"This incentive is to be paid to recipients whether they choose to collect the dollar as cash across the counter in a bank or transfer same into their domicilary account.

" Having discussed with banks and IMTOs, the scheme which takes effect from Monday, March 8, 2021 and to end on Saturday May 8, 2021 have been extended further, he said.

How to apply for Tony Elumelu Foundation (TEF) Entrepreneurship Programme...