El Salvador plans to launch it own bitcoin – The El Salvador government has plans to launch a native cryptocurrency that consumers will be able to use for services, Latin American digital newspaper El Faro reported Friday night. See more details below. 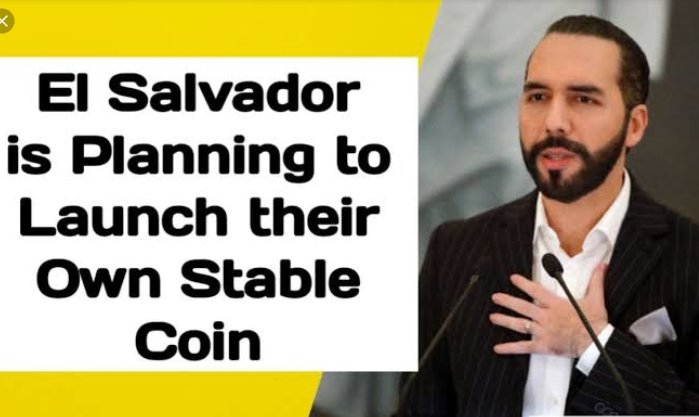 According to regional reports, El Salvador’s current leadership is in the midst of developing a stablecoin backed by the U.S. dollar. Meanwhile, others believe the stablecoin idea was scrapped now that Nayib Bukele’s government chose to leverage bitcoin.

Ibrajim and Yusef Bukele, the brothers of the country’s president, Nayib Bukele, told prospective investors that the cryptocurrency, which is currently referenced as the Colon dollar, would be introduced by the end of 2021, according to the report, which cited video recordings of the brothers discussing the proposal with these investors.

The brothers said that they represented the president, according to the report, which was also based on documents that El Faro had obtained. The news comes weeks after the Central American country’s government overwhelmingly approved the president’s bitcoin law, which will treat the original cryptocurrency as legal tender and require all businesses to accept it as payment for goods and services by September.

Some Say the Colón-Dollar Is Being Developed, Others Claim the Salvadoran Stablecoin Idea Was Scrapped

There’s lots of debate going on concerning a report published by the regional news outlet El Faro. The investigation claims the Salvadoran president Nayib Bukele and his regime plans to issue a stablecoin. The El Faro report references videos that show the president’s brothers discussing the stablecoin dubbed “Colón-Dollar.”

The report from El Faro does note a spokesperson from the Bukele regime says the stablecoin plans were scrapped, but “sources familiar” with the matter told El Faro they disagree. This is because it has been said that meetings about the Colón-Dollar are still continuing and happened after Nayib Bukele passed the new bitcoin tender law.

“El Faro has a copy of several videos that add up to more than two hours of virtual meetings, in which different negotiations appear with delegates from at least five technology companies and where the Bukele brothers are protagonists,” the reporters Sergio Arauz , Nelson Rauda and Roman Gressier wrote.

“El Faro also obtained documents in which the action plan proposed by foreign companies to leverage the implementation of a new financial system and the new currency is registered,” the report adds.

Colón-Dollar Could be Integrated With Chivo, Alleged Meetings With Blockchain Teams

The El Faro source notes that the stablecoin called the Colón-Dollar may be introduced by the end of the year. Financial reporter Frances Coppola believes she predicted the creation of a Salvadoran stablecoin in a tweet she wrote on June 9, 2021.

In addition to people disliking the idea that Nayib Bukele’s regime may be creating a stablecoin, bitcoiners, as well as citizens from El Salvador, have taken issue with Bukele’s recent vaccine mandates.

A great number of Salvadorans said they were displeased with Bukele’s vaccine mandates and said the Salvadoran “population does not want” these Covid-19 vaccines. One individual tweeted to Bukele and said: “The Bitcoin community does not support you in this.”

Furthermore, the regional source that claims the stablecoin creation is still a go noted that Bukele’s brothers were in charge of the concept, and that the Colón-Dollar would be integrated with the government wallet dubbed “Chivo.”

In addition to the video meetings, the sources also detailed that members of Bukele’s regime met with blockchain teams from Whizgrid, Alogrand, and Cardano.

What do you think about El Salvador reportedly building a stablecoin backed by the U.S. dollar? Do you think the concept was scrapped after the country adopted bitcoin? Let us know what you think about this subject in the comments below.

PRESS RELEASE By the Honourable Minister about the Progress of the N-Power...