The Federal Government of Nigeria has announced the immediate reintroduction of night time curfew across the country from 12am - 4am until further notices. This decision come amid rising cases of killings and insecurity that have befallen Africa's largest economy this past few months. 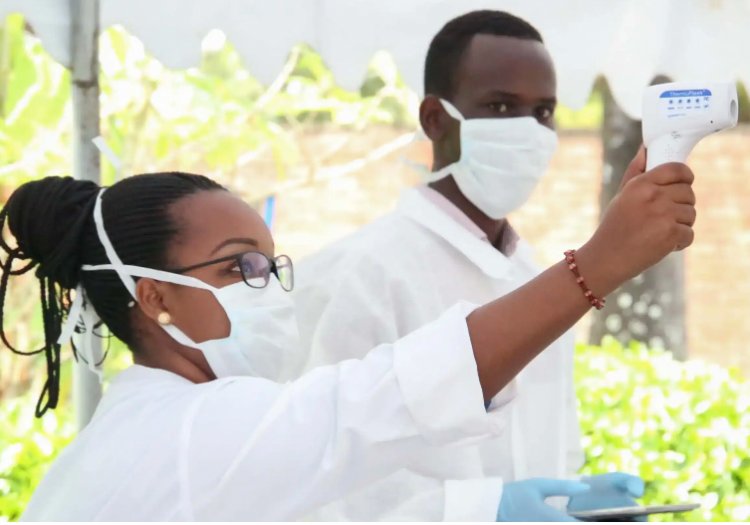 The Federal Government has announced another phase of nationwide COVID-19 curfew to curtail further spread of the disease.

The National Incident Manager, Mukhtar Mohammed, made this known during the Presidential briefing in Abuja on Monday.

Mohammed said the curfew would take effect from midnight on Monday, 12am to 4am.

He also said with effect from Tuesday, night clubs, gyms and others would remain closed till further notice.

Mohammed further noted that gatherings of religious groups and weddings have been reduced to 50 percent attendance.

“While official engagements, meetings and conferences should continue to hold virtually, ” he said.

You will recall during the covid-19 period, the FG imposes total lockdown on the country which included ban on all forms of movements across the state's, as well as social gatherings and engagements. They are rising fears, the alarming surge of the virus could trigger a second wave of the virus in the country hence the proactive measures being put in place.

Also as part of measures aimed at preventing the spread of deadly strains of COVID-19 in the country, the Federal Government on Monday extended its work-from-home directive for civil servants on Grade Level 12 and below.

According to the Presidential Steering Committee On COVID-19 domiciled in the Office of the Secretary to the Government of the Federation, civil servants will continue to work from home till June 11, 2021, after which the directive may be reviewed.

Amid concerns about deadly COVID-19 strains in India, South Africa, Turkey and Brazil, the government also reintroduced some measures which were put in place during the second COVID-19 wave in Nigeria which include restricted gatherings at worship centres and banned night clubs.