Formiga to retire from international football later this month; The 43-year-old is Brazil's most-capped player having played 233 times; The midfielder has played in seven World Cups and seven Olympic Games; Formiga's last Brazil match will be a friendly against India in Manaus. See more below 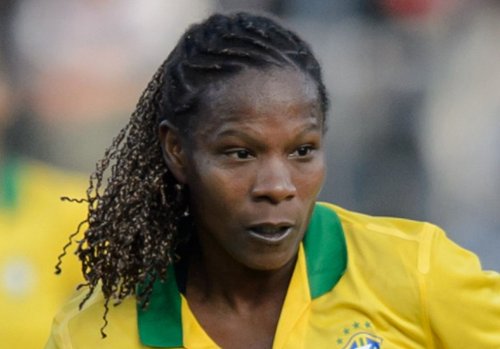 Brazil's most-capped player Formiga is to retire from international duty later this month.

The 43-year-old midfielder is bringing an end to a career that included seven World Cups and seven Olympic Games, the Brazilian Football Confederation confirmed.

Formiga, named Miraildes Maciel Mota before she got the nickname that means ant in Portuguese, has played 233 matches for Brazil and her final game will be a friendly against India on November 25 in Manaus.
After making her Brazil debut as a 17-year-old at the 1995 World Cup, Formiga went on to play at every Olympic tournament since women's football made its debut at the 1996 Atlanta Games.
Formiga, who currently plays for Sao Paulo, wrote her name into the record books as the first women's player to participate in seven Olympic Games in Tokyo in July.
Brief Profile
Miraildes Maciel Mota (born 3 March 1978), commonly known as Formiga (Portuguese: ant), is a Brazilian footballer who plays as a midfielder for São Paulo FC and the Brazil national team. She previously played for professional clubs in Sweden and the United States. Formiga holds many international records as a member of the Brazil women's national team, being the only player present in all Olympic Games tournaments of women's football since the first edition at the 1996 Summer Olympics, and a record for appearing at seven different FIFA Women's World Cup tournaments.
Club Career

Born in Salvador, Formiga was born during a period when it had become illegal for women to play football in Brazil. Formiga began playing football at the age of 12. She has cited Dunga, captain of the male Brazilian team that won the 1994 FIFA World Cup as the biggest influence on her playing style. She earned the nickname Formiga, which means ant in Portuguese, as a teenager because of her unselfish style of play which reminded fellow players of the way ants worked together as a colony.

Formiga played in the Swedish Damallsvenskan as a member of Malmö FF Dam, and for both Santa Isabel and Saad in her homeland of Brazil. Formiga was the first overall pick for the newly inaugurated Women's Professional Soccer (WPS) league in the United States in the 2008 WPS International Draft, selected by FC Gold Pride of Santa Clara, California.

Formiga first played for the Brazilian women's national team at the age of 17, as part of the squad for the 1995 FIFA Women's World Cup, playing as a substitute. The following year, during the inaugural tournament for women's football at the 1996 Summer Olympics, she became a regular starter in the Brazilian team. Formiga and Pretinha were the only two Brazilian players who participated in the first four Olympic Games tournaments of women's football, winning the silver medal in both 2004 and 2008 – both finals lost to the United States. She returned in the 2012 and 2016 tournaments, setting an outright record as the only player present in the first six editions of the Olympics tournament. She participated at the 2020 Summer Olympics in Tokyo, as well.

Formiga retired from the Brazilian national team in 2016, but returned in 2018 to compete in the Copa América Femenina, in Chile. She also appeared for Brazil at the 2019 World Cup, becoming the oldest player in the tournament's history at the age of 41. On 1 December 2020, Formiga played her 200th match with Brazil in a 8–0 win over Ecuador.

Formiga played in the 2020 Summer Olympics, to become the first female player to participate in seven Olympic Games.

Lastly, She was part of the Brazil team that lost to Germany in the 2007 World Cup final. She won silver at the 2004 Athens Olympics and again at Beijing in 2008.

Her last World Cup appearance was at the 2019 edition, where Brazil lost to hosts France in the round of 16. We wish this great player a Happy Retirement from football.
Cheers!