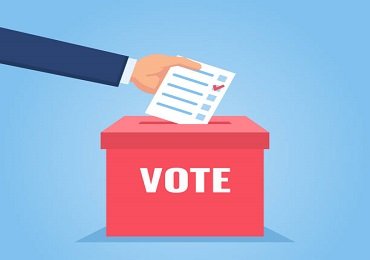 The INEC commissioner in charge of Delta, Cross River, and Rivers states May Agbamuche, made the observation while briefing newsmen in Port Harcourt on Monday.

The INEC commissioner said out of 54,945 PVCs that have been received, only 10,373 have so far been collected.

She, therefore, called on Rivers people to ensure they come forward to collect their PVC.

She said “with regards to the distribution of new PVCs, a total of 54,945 have been received but only 10, 373 have been collected so far, leaving an outstanding balance of 44,572.

“I must be emphatic and put on record that the collection of PVCs here has been abysmally low with 7 months to go to the general elections.

SEE ALSO: HOW TO CHECK YOUR NPOWER BATCH C NAMES ON THE NASIMS DASHBOARD

“We urged the people of Rivers state to collect their PVCs on time and not wait until the last minutes.”

She further assured that the commission is committed to ensuring that no one is disenfranchised.

Speaking on the recent discovery of some PVCs in the drainage in Obio/Akpor Local Government Area of the state, the INEC commissioner noted that the PVCs have been handed over to the security agencies for investigation.

She, however, disclosed that the Electoral Officer of the local government has confirmed that no PVC is missing from the custody as well as in other LGAs.

https://msmeclinics.gov.ng/ - How to Apply for the National MSME Survival...

How to transfer WhatsApp chat history from Android to iphone